A story about Charlie Gaines and Luke Morgan, a couple who frequented Manuel's Tavern from 1956 onward.

360 Tour of the Complete Bar

Starting from a seat at the bar, navigate through this tour to experience the entirety of Manuel's Tavern via 360 degree panoramas of each room.

A story about Calvin Fluellen, the first African-American to graduate from the Grady School of Radiology. 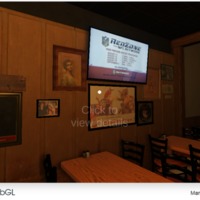 This immersive virtual environment allows you to move through Manuel's Tavern and interact with virtual objects.

This essay was written for a GSU 1010 class in Fall 2017 taught by George Greenidge.View original item metadata

A story about a television broadcast using 3D glasses and a man known as the Sheriff of Shadyrest.

McCracken Poston describes his 1995 campaign and fundraiser at Manuel's Tavern

This essay was written for a GSU 1010 class in Fall 2017 taught by George Greenidge.View original item metadata 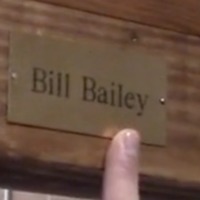 A story about Bill Bailey, a long-time employee at Manuel's Tavern and the Big Star grocery store.

A story about Sherry Elizabeth Lyons-Williams, a Manuel's Tavern regular and Atlanta police officer who was killed in the line of duty

This 360 video allows you to look around Manuel's Tavern while Ruth Dusseault speaks with owner Brian Maloof about the space.

"Yuengling, America's Oldest Brewery Since 1829" with neon letters and eagle standing on a beer keg. Early design of Dominator eagle.

A creative interpretative essay by T. Joshua Ruby about the painting of a figure from the western United States.