A creative interpretative essay by T. Joshua Ruby about the painting of a figure from the western United States. 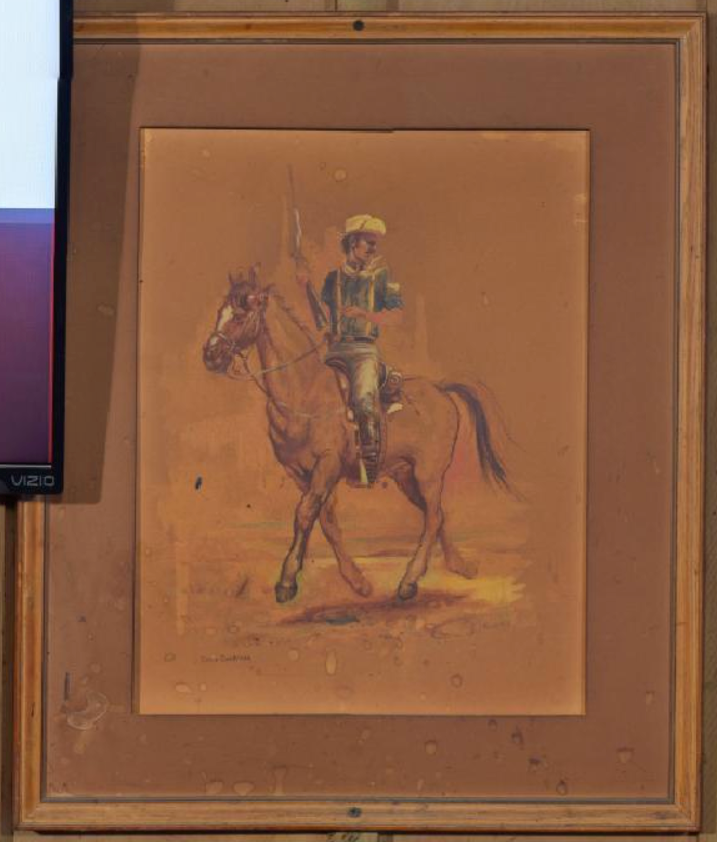 He’s a Rough Rider, he’s a man of the plains. In one hand’s the rifle, in the other the reigns. He’s east Texas, west Ohio, Tuscaloosa, born and raised. Heard the whistle of a bullet, but never felt its touch. Talked about the war once, but didn’t say that much. I asked him about God, I asked him if he prayed. God’s got his hand on me, was all he said.

If you ask him where he calls home, he’ll tell you The West. The Great Plains, his horse, and a few memories of before – that’s all he’s got left. He had a woman and a kid back East, but that was a few years ago at least. He’s in the army, he’s a cavalryman. You can tell by the uniform, or just the rough on his hands. He bought his horse from an Indian many years ago. She’s a muscled beauty, brown coat, but white from the eyes to the nose. She saved him as many times as he’s saved her, maybe more. She’s more of his friend than she is his horse.

I remember him then, as he will always be. On the back of his horse, riding away from me. With his hat on his head and his bandana around his neck, the Rough Rider and his horse set off into the West. The sun’s low now as the light fades to sepia dusk, but his eyes are on the ground, scouring the dust.

God’s got his hand on me, was all he’d ever say.